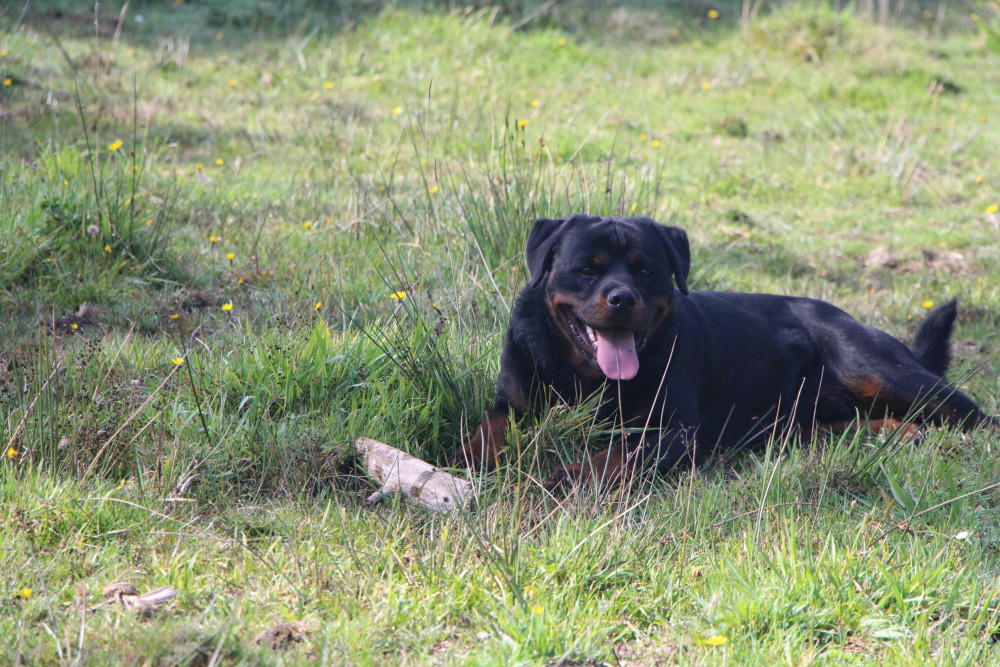 (Pictures at 14 months )Ice is from Vodkas last litter, We mated her to our German import Danilo vom Kummelsee.  We were over the moon when she got in pup as we had tried her two previous heats with no success.  Vodka has produced some beautiful dogs for us of which quite a few are living overseas.  I picked Ice for us the minute he was born, he was the biggest at that time with dark markings and very nice angulations both back and front.  He was meant to make his show appearance at our 2020 National Rottweiler show but due to the virus the show had been canceled.

He is a middle size dog with great bone strength dark eyes and mouth and for me is of the very best type.  His head is maturing beautifully and should be awesome when mature.  He is also a very active dog and loves chasing the rabbits around our farm as well as giving the cows a tune up when he gets a chance.

Nero was the German junior Klub sieger in 2014. He… More Details