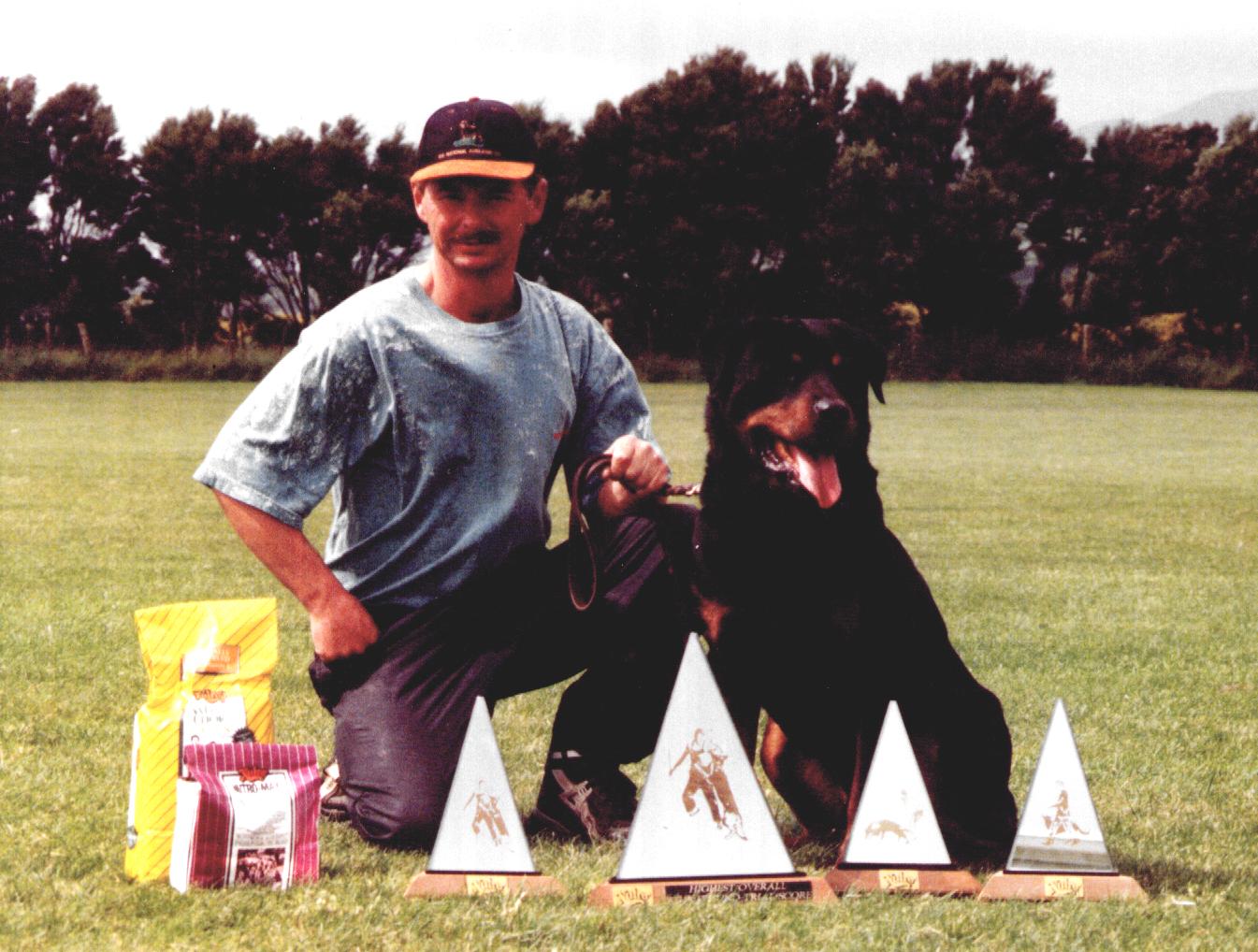 Segar was imported from Australia. He was bred by the late Kathryn Titman.  He was a serious working dog and won every level on his way to becoming the first male Rottweiler to achieve the title of  New Zealand Obedience Champion.  He competed at the age of 8 years old in the inagrual NZ shutzhund trial. He showed his strength of  temperament at this trial and was graded pronounced in courage with a total score of 291 for a V rating.  Segar is pictured above  with myself winning Highest in track, highest in obedience and highest in protection.   His brother Wallkuer  Carue was also a top show and working preformer in Austraila.

Nero was the German junior Klub sieger in 2014. He… More Details