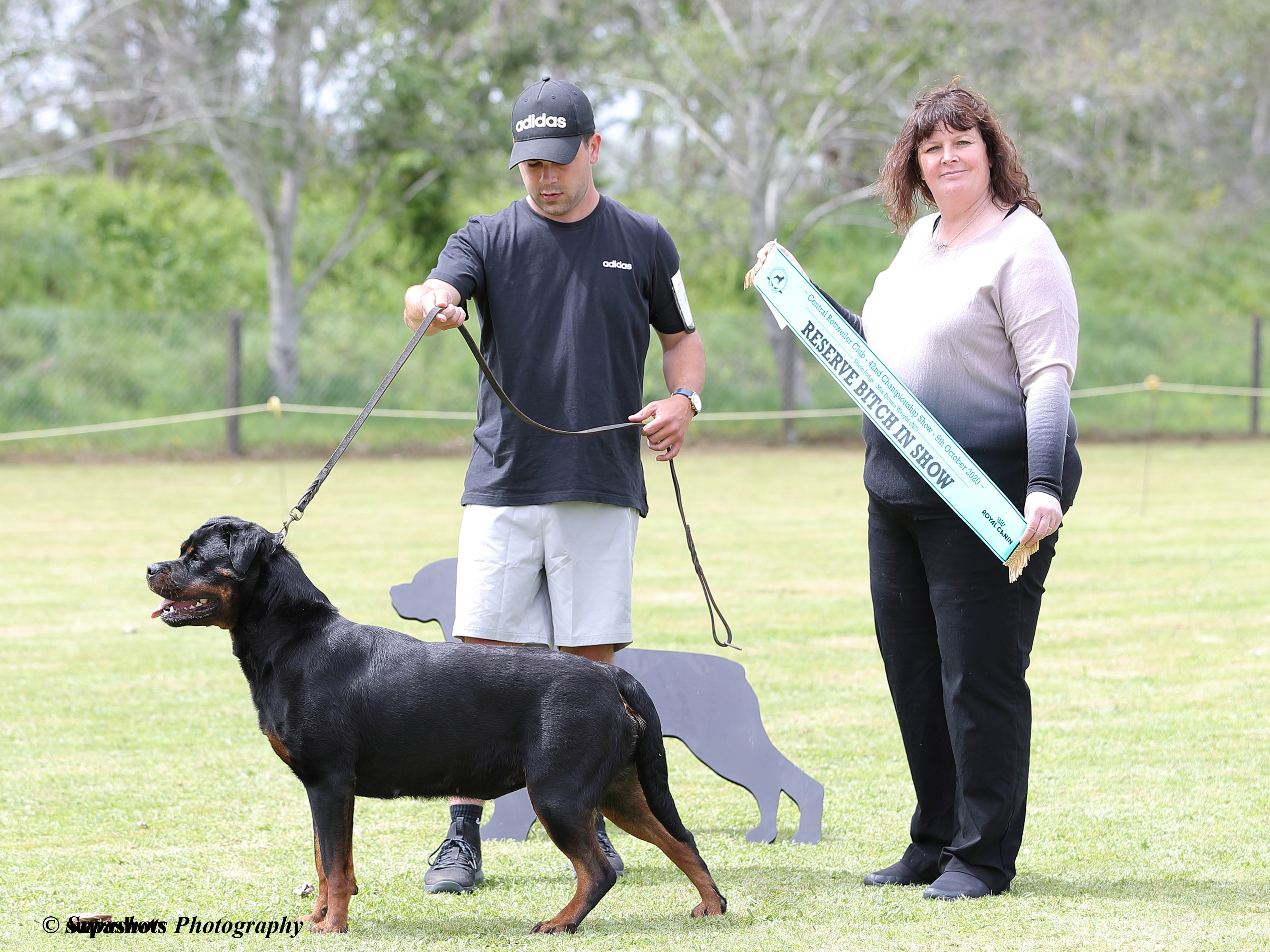 We were extremely lucky to purchase Dawn from Ubersein Rottweilers (Louise Russell) and imported her into New Zealand in early 2017.  She was awarded Baby Puppy of Group at the Otago Kennel Association (February 2017), as well as being awarded Reserve Bitch challenges.  The judges making such comments as “all she lacks is maturity”, “you will do well with her as she gets older”. Dawn was also placed 5th in the All Breeds Baby Puppy Stakes, at the North Canterbury Kennel Assn (Easter 2017).  She was also awarded Best Bitch, Reserve of Breed and Best Baby Puppy of Group (Mackenzie County A & P Society (Easter 2017).  Dawn was also shown at the National Dog Show in Auckland in early October 2017, where she placed 12th in the Puppy Sweepstakes (100 entries), and took Best puppy of Breed at the Pre-lude and the Nationals.  We would like to thank Louise Russell, Dawyn Ayton, Nicole Philips (Australia) for allowing us to have this special girl and Cathy Duder, Steve Greer. Ethan Hawk (New Zealand) for their help at the Nationals (2017).  Dawn gained her first NZKC Bitch Challenge at the South Otago Kennel Association (December 2017).  Dawn gained her NZ Championship status in 2020.

Dawn has been retired from the All Breeds Championship Shows, but will continue to be shown at Rottweiler Speciality shows in the future.